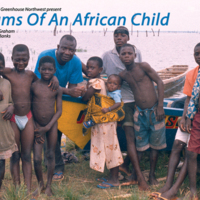 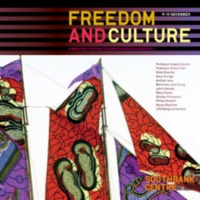 'Freedom and Culture' was a year-long nationwide programme to mark the bicentenary, conceived by Baroness Lola Young of Cultural Brokers (London) and Dr Nima Poowaya-Smith of Alchemy (based in Leeds). In partnership with artists, activists and cultural commentators, the programme explored the dimensions of oppression and freedom around the bicentenary, culminating in a weekend 'celebrating creativity and the African Diaspora' at the Southbank Centre in November 2007. One of several exhibitions that took place as part of the initiative was ‘Crossing the Waters’ at Cartwright Hall in Bradford, which took its central metaphor from the transatlantic slave trade. Almost all the works shown – from Sonia Boyce, Yinka Shonibare and others – were drawn from the permanent collections of Bradford Museums, Galleries and Heritage. The exhibition later toured to the City Gallery, Leicester in 2008.