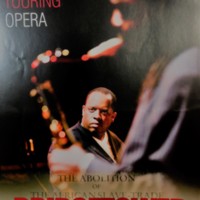 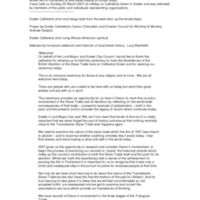 Events to mark the bicentenary in Exeter

On Sunday 25 March 2007, a ceremony was held on Cathedral Green in Exeter to mark the bicentenary. Organised by Exeter City Council, the ceremony was attended by members of the public and individuals representing local organisations. Historian Lucy MacKeith examined the links between Devon, the transatlantic slave trade and its abolition. Extracts were read from the Narrative of Olaudah Equiano, and names read aloud of some of the Africans who came to Devon because of the county's connection to the slave trade.

The play 'Albert and the Story of Equiano' was performed at the Royal Albert Memorial Museum in October 2007. It told the story of Olaudah Equiano, a leading African figure in the British abolition movement in the 18th century.