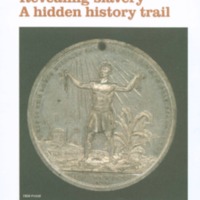 Bolton Museum and Archives was one of eight heritage bodies in the 'Revealing Histories: Remembering Slavery’ partnership in Greater Manchester. The project set out to explore the history, impact and legacy of slavery on Britain through collections and community links in the North West.

Bolton Museum and Archive Service launched a trail around its galleries to re-interpret objects on display in the context of slavery and its legacies. At the centre of the trail was Samuel Crompton's spinning mule, a machine which helped to revolutionize the British cotton industry. As part of the project, Bolton Council republished and distributed 'The Narrative of the Life of James Watkins', originally published in 1852. Watkins escaped slavery in the southern United States and travelled to Lancashire to become an anti-slavery campaigner. The museum also hosted African folk storytelling sessions, and produced a Key Stage 3 education pack, 'Chains and Cotton: Bolton’s Perspective on the Slave Trade'. A special event day, 'Facing up to the past' featured performances, poetry reading and debate.