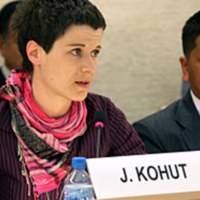 Bosnian victims are subjected to sex trafficking and forced labor in construction and other sectors in countries across Europe including Croatia, France, Serbia, Slovenia, and Austria. Corruption creates an environment enabling some trafficking crimes. Thirty-year old Jana Kohut from Bosnia told the Human Rights Council how she was trafficked and sexually exploited for four months in neighbouring Slovenia. Jana was abducted and forced to work as a prostitute for four months before she managed to escape. In her testimony, she calls for the creation of safe places and support for victims and survivors of trafficking. 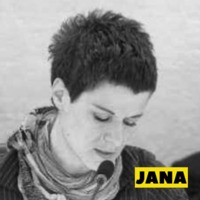 There are an estimated 5,000 people living in modern slavery in Slovenia (GSI 2018). Traffickers exploit foreign workers and undocumented migrants vulnerable to labour trafficking in forced begging, domestic servitude, and in construction, transportation, and hospitality. Women and children from Slovenia, Eastern European, Western Balkan, Southeast Asian, and Latin American countries to sex trafficking within Slovenia, and many also transit to Western Europe, primarily Italy and Germany, where they are at risk of sexual and labour exploitation. Ethnic Roma are particularly vulnerable to trafficking in Slovenia. Jana was trafficked at the age of 13 in Slovenia by a friend who had arranged a job interview for her. During the interview she was kidnapped, raped and forced into prostitution.