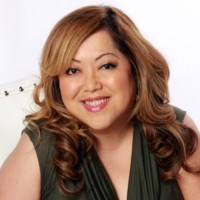 There are an estimated 403,000 people living in modern slavery in the United States (GSI 2018). Sex trafficking exists throughout the country. Traffickers use violence, threats, lies, debt bondage and other forms of coercion to compel adults and children to engage in commercial sex acts against their will. The situations that sex trafficking victims face vary, many victims become romantically involved with someone who then forces them into prostitution. Others are lured with false promises of a job, and some are forced to sell sex by members of their own families. Victims of sex trafficking include both foreign nationals and US citizens, with women making up the majority of those trafficked for the purposes of commercial sexual exploitation. In 2015, the most reported venues/industries for sex trafficking included commercial-front brothels, hotel/motel-based trafficking, online advertisements with unknown locations, residential brothels, and street-based sex trafficking. Chong Kim’s family moved to the United States from South Korea when she was a toddler. At the age of 19 Kim met a man on a night out in Dallas, Texas whom she began dating. After a few weeks of dating, this man abducted Chong Kim and destroyed her naturalization documents. She was forced into prostitution, sent out with other women to a variety of places across the country. After a year and a half Kim was able to escape while working a casino in Las Vegas, befriending people on the maintenance staff who helped her escape. 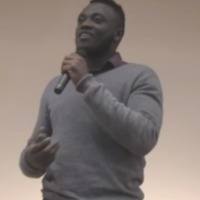 There are an estimated 1,045,000 people living in conditions of modern slavery in the Democratic Republic of Congo (GSI 2018). In 2016 several armed groups continued to abduct and forcibly recruit men, women and children as combatants and in support roles such as guards, cleaners, cooks and spies.  In 2016, 184 cases of child soldiers were reported, with 1,662 children reported to have seperated or escaped from armed groups. Child soldiers who manage to escape remain vulnerable to re-recruitment as adeqaute rehabilitation services remain unavailable to children suffering trauma, stigmatisation and the continued threat of armed groups.   Michel Chikwanine was 5 years old when he was abducted by rebel soldiers while playing football with his friends. Driven for hours to an unknown location, when Michel and his friends finally stepped out of the trucks, they were drugged, blindfolded, given guns, and forced to shoot each other. For two weeks Michel was subjected to ‘training’ and then taken with other child soldiers to ‘take over’ a village. Michel was able to escape, running for 3 days and 3 nights through the jungle back to his home village. Michel now lives in Canada and is studying at university alongside working as a survivor advocate to eradicate the use of child soldiers. 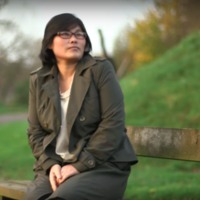 The Democratic People’s Republic of Korea (North Korea) is a source country for men, women and children who are subjected to forced labour and sex trafficking. Government oppression in the DPRK prompts many North Koreans to flee the  country in ways that make them vulnerable to human trafficking in destination countries. Many of the estimated 10 000 North Korean women and girls who have migrated illegally to China to flee abuse and human rights violation are particularly vulnerable to trafficking. Some lure, drug, detain or kidnap North Korean women on their arrival, others offer jobs but subsequently force the women into prostitution, domestic service, or forced marriage. If found, Chinese authorities often repatriate victims back to the DPRK where they are subjected to harsh punishment including forced labour in labour camps or death.    In the 1990s North Korea experienced a wide scale famine that killed up to 1 million people. After her family was displaced, Ji-hyun was left to care for her dying father. To escape starvation, she and her brother left, travelling with traffickers into China. Ji-hyun was told that if she wanted to provide for her family, she must marry a Chinese man. After being in China for 6 years Ji-hyun was reported to the authorities., sent back to North Korea and placed in a correctional facility before being sent to Chongin labour camp in Songpyong District. After becoming ill and unable to work, Ji-hun was dismissed from the labour camp. Alone and homeless she arranged to be re-trafficked back to China in order to find the son she had left behind. Once reunited, they escaped with the help of a man who Ji-hyun fell in love with. They all now live as a family in the UK.