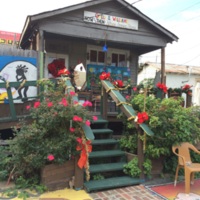 The Odell S. Williams Now and Then African-American Museum was established by Sadie Roberts-Joseph in 2001. The museum is named for Odell S. Williams, a well-loved educator in the Baton Rouge area. It was founded as Joseph identified a need in the local community for a cultural space that celebrated African American history.

The museum has a range of vibrant exhibits, showcasing the contributions of local African Americans through history, across a range of different fields. These include, music, cuisine, education, politics and business. Visitors can step onboard an authentic bus from 1953 and explore Baton Rouge's role in the civil rights movement.

The museum's display on agriculture looks at the early plantation economy of the area, and the key crops that were grown then. It also explores the experience of the enslaved Africans that who used as labour on those plantations.

It has a broad events programme, and runs the area's annual Juneteenth event. 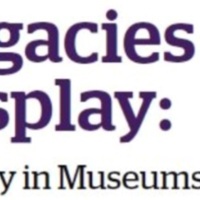 The River Road African American Museum (RRAAM) was originally housed at Tezcuco Plantation, and opened in 1994. Due to a fire, it was relocated to its present site, a restored Caribbean-style cottage from the 1890s, in 2003. Before the museum opened, there was nowhere that charted the narrative of African American experience in the rural counties along the Mississippi. It developed its collections through donations; of buildings, objects, family documents, photographs, maps and pieces of art. The RRAAM opened with the aim of educating its visitors about the lives of Africans Americans who lived and worked on the sugar and rice plantations in the region. It has since been recognised as an international repository for African American culture in Louisiana. It hosts a varied public programme alongside its permanent displays, including touring exhibitions, concerts, lectures and school workshops.

The museum's website outlines its focus as 'more than just a slavery museum'; its key themes throughout the permanent exhibits are freedom, resilience and reconciliation. Five of the museum's displays focus on the contribution of African influence in key areas of Louisiana culture, including jazz, cuisine, medicine, art and inventions.

One key exhibit features a collection of slave inventories from local plantations- the museum lists the names of over 5,000 enslaved people. 'Free People of Colour' follows on from this as an exhibit which showcases the hundreds of people who obtained their freedom in Ascension. Outside, the RRAAM has built a 'Freedom Garden' which reveals the history of Louisiana's involvement in the Underground Railroad using a range of plants that would have been cultivated by the enslaved, both in Africa and on the plantations. 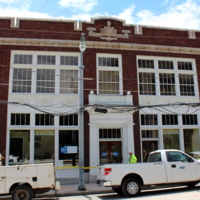 The African-American Panoramic Experience (APEX) Museum aims to accurately interpret and present history from an African-American perspective in order to help all visitors understand and appreciate the contributions of African-Americans to America and the wider world. It was founded in 1978, and in 2018 curated a programme of events to celebrate its 40th anniversary.

The museum contains a range of exhibitions. These begin with a chronological display exploring the history of Africa. Another examines the experience of enslaved Africans in Georgia during the eighteenth and nineteenth centuries. Other displays bring the narrative up to date, looking at women in STEM (science, technology, engineering and mathematics), and the history of the local district Sweet Auburn, which has become a hub for African-Americans in Georgia. The museum has many artefacts including photographs, art, and traditional African material culture.