The chapel being built used free labour. British missionaries in Belgian Congo. This image formed part of the Harris Lantern Slide Collection. Under King Leopold II the Congo Free State used mass forced labour to extract rubber from the jungle for the European market. As consumer demand grew King Leopold II's private army - the Force Publique - used violent means to coerce the population into meeting quotas, including murder, mutilation, rape, village burning, starvation and hostage taking. Alice Seeley Harris and her husband Reverend John H. Harris were missionaries in the Congo Free State from the late 1890s. Alice produced a collection of images documenting the horrific abuses of the African rubber labourers. Her photographs are considered to be an important development in the history of humanitarian campaigning. The images were used in a number of publications. The Harrises also used the photographs to develop the Congo Atrocity Lantern Lecture which toured Britain and the the USA raising awareness of the issue of colonial abuses under King Leopold II's regime. Source: Antislavery International. 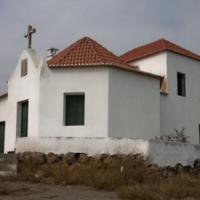 The Angolan National Museum of Slavery (or Museu Nacional da Escravatura in Portugese) was founded by the National Institute of Cultural Patrimony in 1997. Its main aim is to depict the history of slavery in Angola. The museum is situated in a chapel which once belonged to Álvaro de Carvalho Matoso, one of the largest Portugese slave-traders in the eighteenth century. It is also next door to Capela da Casa Grande, a seventeenth-century structure which was once used for baptising enslaved Africans before they were shipped to the Americas. The museum has a large collection of items that were utilised in the slave trade, as well as items relating to African culture pre- and post- transatlantic slave trade and a vast photography collection. Situated 15.5 miles outside the city of Luanda, the museum forms an extraordinary landmark along the "Slave's Route."

While the museum itself is realtively modest, it's aim is a big one; 'it is a testament and a reminder of the history of the Angolan people who lived in the day of slavery and it stands as a monument to those who suffered and were affected by slavery.' The narrative in the museum focusses predominantly on Portugal, the main European slave trader in the Angola region. It provides a contextual history of the Atlantic Slave Trade, as well as highlighting slavery in Africa before the involvement of Europeans.