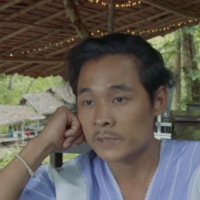 It is estimated that 425,500 people are enslaved in Thailand, with the many subjected to forced labour. Women overseas-workers most often find employment in private households or service sectors, often finding themselves having to pay significant fees for the migration and recruitment process. Domestic servitude is also prevalent with the majority of enslaved being women from rural Thailand, Cambodia, Laos and Myanmar. Victims are often physically and sexually abused, confined to the house and find their pay and identity documents withheld.  Buy fled his home in Myanmar after he was forced to join the army and travelled to Thailand. In Thailand, Buy worked for two or three years in the agricultural sector without pay. When he did start asking for the wages that were owed to him, his employers called the police, and because he was undocumented, Buy was arrested. Buy found his way to the Chai Lai Eco Retreat which helps undocumented workers who have been trafficked in Thailand. They assisted him in getting a passport and work permit which ensures he is paid minimum wage. 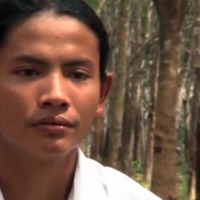 Men, women and children are victims of human trafficking for forced labour in the Thai fishing industry. Enslaved people are subjected to physical abuse, excessive and inhumane working hours, sleep and food deprivation, forced use of methamphetamines and long trips at sea confined to the vessel. Due to the fishing industry relying on trans-shipments at sea to reduce expenditure, some find themselves trapped on long-haul trawlers for years at a time. This makes the monitoring of enslaves labour on fishing vessels costly and difficult. The Thai Government has faced severe pressure to tackle forced labour specifically in the fishing sector, with the European Commission threatening a trade ban in 2015 for not taking sufficient measures to combat illegal and unregulated fishing that would cause the loss of up to US$1.4million a year in seafood exports. As a result the Government have reportedly accelerated efforts to combat labour exploitation, however despite this most workers in the Thai fishing sectors remain unregistered. Ko Min was working on a rubber plantation when he was abducted, sold and forced on to a fishing boat. Told he had to work to pay off debt Ko Min was forced to work for up to three days at a time with no sleep. Eventually the boat docked and with the captain distracted Ko Min was able to escape, borrowing money and hiring a motorbike to travel to Hat Yai he was reunited with his brother and the rest of his family.