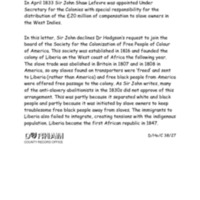 Exhibition to mark the bicentenary of the 1807 Act

Durham Record Office held an exhibition of its original documents relating to slavery, the slave trade and abolition. These include reports, maps, and a number of letters, from, for example, Sir John Shaw Lefevre (Under Secretary for the Colonies in 1833), the abolitionist James Stephen and the prominent Quaker activist Josiah Forster. The exhibition was displayed in the Record Office and toured several venues in the region. It was also used for inspiration by members of Jackass Youth Theatre, who produced the play Sharp Practice after visiting the Record Office and consulting some of the original documents on display. 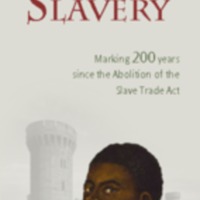 The official publication produced to mark the bicentenary from the Wales Office. 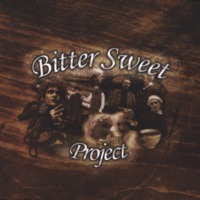 Campaign! Make an Impact was a British Library developed programme that used history to inspire young people into active citizenship. The Bitter Sweet Project involved students from Easingwold School engaging with collections from the British Library, Hull Museums Service and Harewood House. Year 9 students studied the 1807 campaign to abolish the transatlantic slave trade and then created a graphic novel about Harewood House’s links to the sugar trade. 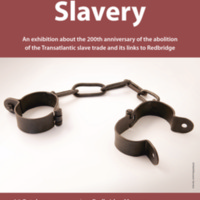 Redbridge Museum's exhibition to mark the bicentenary examined the London Borough of Redbridge's connections to the slave trade and abolition. These links included local resident Josiah Child, once Governor of the East India Company, an investor in the Royal African Company and owner of plantations in Jamaica. The Mellish family of Woodford had connections with the West India Docks in London, built for the sugar trade. Alexander Stewart of Woodford owned Jamaican plantations and acted on behalf of owners of enslaved Africans in compensation claims after abolition. The exhibition also examined church records detailing some of the Black residents of Redbridge in the 17th and 18th centuries. Music from the Caribbean island of Dominica was included, as was a series of personal responses to the bicentenary by local residents. 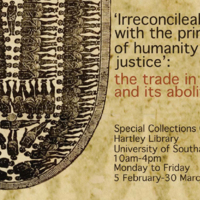 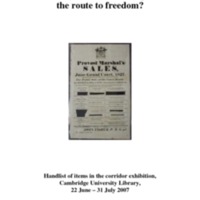 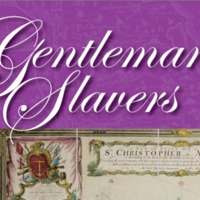 Gentlemen Slavers was a project to explore the connections between the transatlantic slave trade and the London Borough of Sutton, particularly through the activities of one family – the Taylors of St Kitts. George Taylor, and later his brother John, lived on the Carshalton Park estate, funded by a family fortune made on slave-worked sugar plantations on the islands of St Kitts and Nevis. The project also looked in detail at the story of Samuel Mudian, a black man who worked at Carshalton Park as a butler for George Taylor, and likely a native of St Kitts. The project consisted of an exhibition, booklet, education pack and activity sheets.