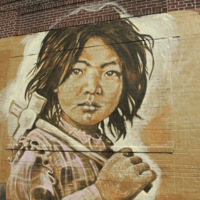 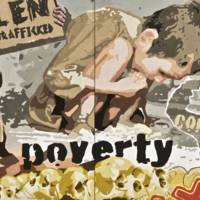 Students at Presentation College, Bray, Ireland explored the issue of contemporary slavery and created a mural to raise awareness about the different forms of slavery that exist today. They then planned a workshop to present their work to their peers and parents about these issues. The mural has traveled around Ireland inspiring others to engage with the fight against contemporary slavery. 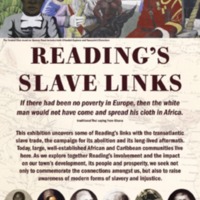 This exhibition from Reading International Solidarity Centre (RISC) in collaboration with local communities uncovered Reading’s links with the slave trade, the campaign for its abolition and its aftermath. Exploring Reading’s involvement in historical slavery and the impact on the town’s development, the exhibition focused on, for example, wealthy families in the area, the role of the Royal Berkshires in Caribbean colonies, and the story of Mary Smart, the earliest known Sierra Leonean resident in Reading. The project also sought to raise awareness of modern forms of slavery and injustice. It included workshops, a conference, and a quiz. 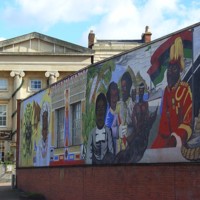 · Community involvement – both Central Club members and the wider community

In 1988 a number of artists were interviewed, and Alan Howard was offered the commission. Alan was keen to encourage the involvement of Central Club members both in a consultative capacity but also more directly in the design and execution of the mural. An apprenticeship scheme was established, where a limited number of people were offered the opportunity to work alongside Alan and receive training in planning, design and technical skills.

The process of planning the mural involved a number of steps:

· Consultation with neighbouring residents and businesses in the London Street area

Out of this process the theme for the mural emerged, and it was agreed that the mural should depict the positive role that black people have played throughout history, including in Reading itself. The mural therefore includes figures such as Harriet Tubman, Martin Luther King and Bob Marley as well as Reading-based people involved in founding Central Club. The final panel of the mural and the various symbols look to the future and depicts a number of tools – positive and negative – that people use to shape the future.