Beth Jacobs ran away from home at the age of 16. Beth recalls how she was ‘befriended’ by a trafficker, drugged, raped, and taken to another state. She was forced to provide sexual services for six years, subjected to daily abuse including rape and beatings. Beth calls on the Arizona legislature to enact provisions supported by the state’s Human Trafficking Task Force to end the criminalization of human trafficking victims. 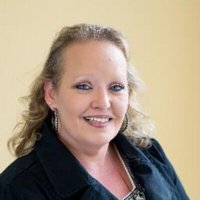 I’d like you to imagine that a young woman is kidnapped as she’s walking home from work. Her kidnapper threatens her life and forces her to rob a convenience store. Should she be charged and held legally accountable for that? Put it this way. It is clear how absurd it is to criminalize the victim and yet, real men and women trafficked in the sex trade are regularly tried and convicted in America’s courtrooms. I know this is true because I am one of those trafficking victims.

For more than 20 years, I’ve been living in absurd reality in which I am a criminal in the eyes of the law. Each state has the right to decide how long they’re going to hold your criminal background against you and the state that I live in is Arizona. I’m required to tell prospective employers about my criminal background that I was trafficked, I have prostitution charges from that and I have to tell them for 99 years. So when I’m 117 years old and I apply for a job, then I don’t have to tell them that I was a trafficking victim. So, we need to change that.

I got hired by the state of Arizona as a child protection sex crimes investigator because I have a lot of experience in sex crimes. They finger-printed me. They wanted a clearance card and one month later, they let me go because I had nine charges that came up from 1980 to 1983. This was in 2012.

Even though, I got out, went through my healing process, I went to college, got a BSW, I worked with women just like me for another 15 years in the state of Minnesota, I moved to Arizona, and all of a sudden, I’m a criminal again. Not good. Very traumatizing actually. I feel like I’ve rehabilitated myself already and it just doesn’t seem like justice is being served.

Despite being arrested a hundreds of times for prostitution-related crimes before I was 21, nobody ever tried to intervene in any proactive, positive way at all. To make matters worse, even though I was a child, I got finger-printed as an adult because that’s part of the growing process. They take everything from you. They take your belongings, your clothes, your jewelry, your ID, and they also take your name and your age. They told me my name was Julie and then I was 21 when I was 16.

I got my degree in social work, launched a career helping women get out of the sex agency. I’ve started an agency in Arizona called Willow Way. It’s survivor-run, survivor-driven. I think it’s important that we address this issue because many other women like me will be denied jobs just like I have because of their criminal backgrounds and I think a lot of people don’t think about that issue when they think about women getting out and healing.

Today, Arizona is on the cusp of writing this wrong. Last year, a governor-appointed taskforce published a report recommending Arizona improve on how it addresses trafficking which is wonderful. It is my hope that Governor Brewer will make it a priority to push legislation that addresses the needs identified by the taskforce to ensure that trafficking victims are not treated as criminal and that the victim receive more access to needed services. They do have that laid out very nicely in the plan they made.

I hope that you will join me to do whatever we can to make sure the law is enforced, and to make that law enforcement, service providers, all of us recognize trafficking survivors as victims of a crime who deserve support and specialized services and not condemnation and blame. Please stop the life sentences.

As told to ATEST for the Combating Human Trafficking Congressional Briefing