In the US, slavery occurs in both legal and illicit industries, including in commercial sex, hospitality, traveling sales crews, agriculture, seafood, manufacturing, janitorial services, construction, restaurants, health care, care for persons with disabilities, salon services, fairs and carnivals, peddling and begging, drug smuggling and distribution, and child care and domestic work. Individuals who entered the United States with and without legal status have been identified as trafficking victims. Government officials, companies, and NGOs have expressed concern about the risk of human trafficking and slavery in global supply chains, including in federal contracts. Victims originate from almost every region of the world.

Ronny’s account mentions some common features of this kind of slavery: a false promise of a lucrative job, withheld wages, debt bondage that is made difficult or impossible to pay off, and threats against the worker and their family. Ronny has become an advocate for survivors of slavery in the United States. 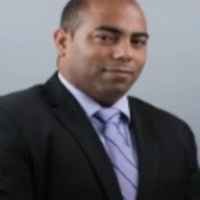 In some ways, I consider myself a “blessed” survivor of labor trafficking in the U.S. because my ordeal was relatively short. In 2009, I responded to an ad for a housekeeping job in a Kansas hotel while living in my native Dominican Republic. When I arrived, however, I was told by my trafficker that the only available job was in a Huntsville, Alabama DVD-manufacturing company.

Once I was lured by the hotel job advertisement, I borrowed $4,000 to pay my recruiter, purchase airfare and pay necessary visas fees. While working at the manufacturing company I was charged high fees and deductions from my low salary, which kept me too poor to flee or return home. I had become a slave to my employers.

During that time, I lived in a very small one-bedroom apartment with two other people. We each paid $300 in rent per month to our employer, though the employer paid just $450 in total to the landlord. After living with intimidation, withheld wages and threats of deportation and violence against my family, I escaped a few months later.

My ordeal ended thanks to my landlord. After she first sent a notification that I had not paid rent, I showed her my pay stub proving that my employer had been deducting rent from my paycheck. She recognized that something illegal was happening and called my employer to question him. His response prompted her to ask me if I would like to speak with the media, and I was interviewed by the Huntsville newspaper.

After fleeing my employer, I found a federal Immigration and Customs Enforcement agent who believed my story, and provided assistance and information that helped me navigate the system and get on my feet.

Since regaining my freedom, I have spoken with many other trafficking victims who survived years — decades even — of horror and abuse because they did not have the good fortune to encounter knowledgeable citizens or informed police officers. I have made it a priority to help others and, last year, President Obama appointed me to serve on the U.S. Advisory Council on Human Trafficking. It is an honor to serve with other survivors, but one that comes with great responsibility to educate the public as well as convince policymakers to combat and prevent human trafficking in all its forms.

As a first step, last October the Advisory Council issued its first Annual Report, which includes 15 policy recommendations that could help put an end to modern slavery in the United States. While the recommendations cover all forms of human trafficking, three specifically target the Department of Labor’s (DOL) approach to combating labor trafficking — the form of modern slavery I endured.

I have heard countless stories similar to mine with victims being lured to the United States with promises of good jobs only to be forced into labor in hotels, restaurants, factories or farms, or into the sex industry.

Investigations are critical to ensuring that employers are not engaging in human trafficking when they hire seasonal, low income or temporary workers. Investigations of workplaces where employees make under the minimum wage and are not hired directly by the company they work for, but by a third party or contractor, are particularly critical — I know firsthand how vulnerable these workers are to human trafficking.

The report’s second labor trafficking-related recommendation calls on the U.S. Congress and the DOL to remove barriers that keep trafficking survivors from accessing employment assistance programs.

Financial counseling, skills training and other employment services are critical to help many trafficking survivors achieve the full recovery and success they deserve. Our report recommends that the DOL expand the current fields of vocational training and eliminate the need for background checks, which can unfairly block participation by survivors who were forced to take illegal actions such as performing involuntary sex services or producing or packing illegal products while in fact being victims of horrendous crimes.

Our report also recommends that Congress act to remove age restrictions that prohibit trafficking survivors from receiving critical employment assistance. The only program currently available is a one-size-fits-all employment program for young people who are 16 to 24 years old. For a trafficking survivor who is in his or her twenties, thirties or even forties but has spent years as a trafficking victim, employment services can be a critical part of a full recovery.

Importantly, the report also recommends that the DOL work with the Advisory Council to create survivor-informed training for all department staff. All survivors have faced the fear and stigma that comes with modern slavery, and recognize the signs of human trafficking. By sharing our expertise with the DOL staff and working with them to train other staff, we can help them recognize the signs of human trafficking in the workplace. This builds upon the premise that awareness is a key part to prevention.

I hope the Advisory Council’s recommendations are fully considered by the new congress and incoming administration. Freedom should not rely on chance, and never before has a new president been inaugurated with such a concrete, survivor-informed plan available to help put an end to modern slavery in the United States.

As written for ATEST (Alliance To End Slavery and Trafficking)