Trisha became more vocal in speaking out about the abuses of the sex industry after writing about the 2006-2007 murder trial of convicted serial killer Robert Pickton—most of whose victims were women in prostitution and many of whom were known to Trisha. In 2009 she founded EVE (formerly Exploited Voices now Educating), a volunteer, non-governmental, non-profit organization composed of former sex-industry women dedicated to abolishing prostitution as a form of violence against women. She is a leading activist in the campaign calling on the Canadian government to reform its prostitution laws so that women in prostitution are decriminalized and provided with much-needed services, while sex buyers, pimps and brothel owners are criminalized. 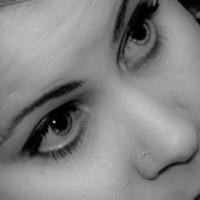 I grew up in a middle class subdivision in Western Canada, the oldest of 3 kids to parents who had a very tumultuous relationship that involved many visits by the police. My parents finally separated when I was around 11, and my mother was plunged into poverty. With no help to process my life I acted out through drugs, smoking, alcohol, and anger, lots of anger. That erratic behavior was more than my mom could handle and a safety risk to my siblings, so I was placed into government care just before my 13th birthday. And I—like so many other kids in government care—fell prey to the predators that hover around group homes, foster homes, and anywhere vulnerable kids congregate.

In all honesty I don’t remember my entry into the sex industry. Obviously I had a first time but I have no actual recollection of it. It just seemed to happen slowly over time. I don’t know if it is my memory trying to save me from myself or if I was high. I know it was with an older man—I think he was in his 30s or 40s and I was around 13. I can see him and his long blonde hair in my mind but I don’t remember what was said or how it played out.

An average day was what I thought was a party. High and drinking all the time. Not realizing the damage I was doing to myself, my loved ones, and later on, my kids. I was always trying to hide what I was doing from many people, saying I worked in a bar or a cocktail lounge, but I would find out later I failed miserably at keeping it a secret. Those years are a haze, they are a blur. I have to say a normal day was just something I was merely trying to survive. Every day was “unnormal” in what I was doing, but when you are a part of that lifestyle it is what everyone is doing so it starts to become “normal.” The violence becomes normal, the derogatory names men call you become normal, the feelings of self loathing and such become normal…which is why I guess the drinking, drugs and dysfunctional relationships became normal.

It’s hard to describe the exploitation—it was just everywhere, it was just a part of life. Girls would come to the corner I was working beat up or looking downcast because they had been emotionally abused by their pimp. There was this girl who tried working my corner, we got into a huge fight, and then I realized how young she was. I tried to protect her; she was supposed to be in a foster home, but she was being pimped out. Then one day, she just disappeared. I saw her pimp a few weeks later and asked him where she was. He just laughed and said, “She’s gone. I sold her at a truck stop.”

At this time, we didn’t have the language of trafficking or an understanding of exploitation. There weren’t brothel owners, there were men or women who ran hotel rooms or apartments. There weren’t pimps, there were “boyfriends” or brothers—seemingly someone who cared about you. Later on, I realized that in the industry, unless you were currently being prostituted, you were an exploiter, that’s just how it was. If you were making money off of someone else’s exploitation you were an exploiter.

So many people today have this image of a trafficking victim tied up in a room or black and blue with bruises—they don’t understand that many of the girls and women being trafficked are in love with their traffickers or pimps, and that these exploiters use subtle coercion, not just outright violence. The relationships are multi layered, complex; remember most exploiters have been at this for years and they know the best way to control a prostituted woman is through mental and emotional manipulation. The upside for them is this doesn’t leave bruises. I knew a pimp who actually went to community college to take psychology to control his girls; he just saw it as an investment of his time.

I was involved in the sex industry for 15 years, from age 13 to 28. I am now out and have been for about 13 years. I was able to leave because of a relationship I formed with an outreach worker. She broke all the rules and we actually became friends, and through that friendship which continues to this day, she showed me a lifestyle that was completely different than mine. Something that in time I decided I wanted for my kids and for myself.

I think I would’ve been able to exit earlier if there were agencies that could be accessed more anonymously. I was extremely private and was embarrassed to walk into agencies where everyone knew what they did there. Since I thought I was keeping my working from friends and loved ones, I didn’t want to do “groups,” but I did want help. I was successful in leaving because of my friend, the outreach worker who was willing to meet me where I was, on my terms. It is my understanding that now there are agencies that operate like this—we should be replicating this and offering women a viable way out to a healthier life. It would have also been highly useful to have a livable welfare rate so that I and many, many others wouldn’t have had to work in prostitution in the first place. Knowing I would be able to provide for my kids even if I quit prostitution like I wanted to would have made all the difference.

As of right now I have my GED [General Education Development] with no “formal” work experience. I would like to go back to school, maybe get a communications degree. I will continue to work towards the abolition of prostitution.

To stop sex trafficking and prostitution, I think going after the root of the problem is the biggest help and the root is the male demand for paid sexual access to women and children’s bodies. We need to stop viewing prostituted persons as part of the problem. They are out there for a myriad of reasons and they need help and support not condemnation and judgment, which is why we should be working to decriminalize the sold and criminalize the demand. This is the best chance for women to get out of prostitution and to hold the right people accountable for their actions. In the long run it will actually work towards the actual END of prostitution. The buyers need to be stopped. Male orgasm should no longer be allowed to dictate women’s oppression and that is exactly what it is currently doing. The male demand keeps the whole cycle going and they need to be held accountable for the abuse they are perpetrating. They should face legal consequences for using their power and money to take advantage of women and girls’ desperation.

Sweden decriminalized the prostituted and criminalized the demand. At the beginning it will be a very hard transition, but Sweden seems to have done it and I think Canada can also be a country that is working to see the end of prostitution.