Despite having the lowest regional prevalence of modern slavery in the world, Europe remains a destination, and to a lesser extent, a source region for the exploitation of men, women and children in forced labour and commercial sexual exploitation. According to the most recent Eurostat findings, European Union (EU) citizens account for 65 percent of identified trafficked victims within Europe. These individuals mostly originate from Eastern Europe, including Romania, Bulgaria, Lithuania and Slovakia. Within cases formally identified by EU authorities the largest proportion of registered human trafficking victims were female, making up around 80% of all victims.

Anna was 20 years old when she was trafficked by neighbours from Romania to the Balkans where she was forced to be a prostitute for two and a half years. Anna was finally able to escape when rumours of a raid meant she, along with the other girls she was enslaved with, had to be moved and one of her clients offered to help. 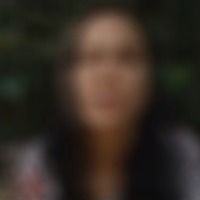 I was sold when I was 20 and for two and a half years I lived in a nightmare.

They said I had to go with them to get the papers as they required my signature. I left my little girl with my sister and said I’d be back in two hours. They took me to a house that looked abandoned. When I went inside the house there were other girls sleeping on the floor. They looked scared.

I spent 2 days at that house. Within those 2 days they kept coming to look at us. We were in our underwear so that they could see what we looked like. We were watched by the people that brought us here because they knew that at any time we would attempt to escape.

They were armed with knives, they were really evil. They would shout and force us to smile, laugh and look happy. They would bring foreign men to see us every 15 to 30 minutes. The inspected us.

After a while it was my turn to go out with a client. When I got to the room he told me to get undressed but I refused. I was scared. I didn’t want to. I wanted to drink, I wanted to die.

He shouted that he’d paid for me to do whatever he wanted. I said “I won’t do it!” The owner said that he can do whatever he wants with me as long as he takes me back alive. He took me to the shower and told me to undress. He ripped my clothes off. And then he raped me.

One day we heard rumours about a raid so the owner took us to an apartment to hide us. One of my clients had said that in case of a raid he knew where I’d be taken and he would help me escape.

I couldn’t believe it. I thought I was dreaming. I’d managed to escape.

I want to tell all the girls who want to go abroad to do all the checks before they go. Never trust people who promise they would find them a job, even if they’re friends of family, always check first.

When I saw her for the first time I was stunned. I was shaking, I couldn’t believe it. She looked at me. She had a locket. She opened it, looked at the picture and then looked at me again. She called me “Mama” and she started to cry. I didn’t know what to do.