Cambodia was renowned as a sex tourism destination in the 1990s and this legacy is still prevalent today with women and girls trafficked within the thriving sex industry in Cambodia's major cities. Despite significant attempts to curb CSE, NGOs report the industry has been pushed underground and sex offenders are still able to purchase sex with children through an intermediary rather than more overt selling of sex in brothels. Boys and young men are also vulnerable to sexual exploitation, with many entering the massage industry due to a lack of training and skills.

Chaivoeurn travelled to Phnom Penh with her aunt for work to help her parents pay off their debts. Told she would be working for a family, when she arrived Chaivoeurn was locked up, starved and tortured until she agreed to work sleeping with clients. Forced to serve clients every day to pay back debts incurred from her sale, Chaivoeurn worked for 8 years in different brothels. She was only able to escape from bondage after police arrested her during a raid and she was referred to social services. 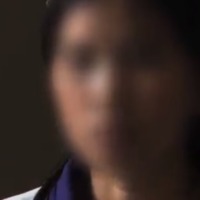 When I was a kid, I never went to school because my parents were poor and I had many brothers and sisters. My family’s standard of living was miserably poor. At that time, I didn’t have any knowledge and I was just a young girl, but I wanted to help my parents because they were in debt.  When the due date came, they fell sick and couldn’t earn any money to pay off their debts.

My Aunt often came around to my house and told me that she was looking for someone, to work in Phnom Penh because she knew people who had asked her to find a worker for them. The reason why I trusted her was because firstly, I thought she was my Aunt and secondly, my family was so poor. So, I had no option to choose but to go with her.

The reason why my Aunt could lure me to Phnom Penh, was because she promised she would find a dishwashing job for me in Phnom Penh.

She tried several times to persuade me because when she first approached me, I was not convinced and didn’t really trust her. But after speaking to me again and again, I finally decided to go. It took her four or five times to convince me.

When I arrived in Phnom Penh, my Aunt took me to a woman’s house with whom she told me she was close to. After she dropped me at her house, she told me to wait for a moment in the house while she would do out to buy me something to eat.

After she left, I just kept waiting for her to return, long into the night. Then I asked the house owner where she had gone. The house owner told me that she had already gone back.

I had no ideas what they were doing in the house because it was quiet. But in the basement there were rooms, which were locked.

She was trying to persuade me to work for her. I asked her what job and she said working in Karaoke parlours and sleeping with clients. No matter how much I cried and begged her, she didn’t let me go.  At that point, I felt terribly scared and thought it was the end of my life.

When they tried to force me to sleep with clients, I resisted. They did not give me any food to eat or even water to drink. They locked me up in the basement room and it was completely dark. She threatened me and electrocuted me and when I could no longer endure the suffering and hunger, I agreed to sleep with clients.

When I was sleeping with them, they would beat and torment me. When I couldn’t satisfy them, they tormented me. She did not allow me to leave the room and she brought the clients to me. Even if I agreed to sleep with clients, it was just in exchange for my daily meals. They didn’t set me free.

They never let me see the sunlight. I was so terrified and nobody could help me, so I had to agree to take drugs in order to sleep with clients. Then I became addicted to the drugs. Then, I only worked hard to get the drugs. I didn’t care about food and water anymore.

I slept with clients everyday to earn money for the owner, in exchange for only one of two pills. After I became dependent on the drugs, they forced me to sleep with 20 to 30 clients a day. I could not bear the hardship without the drugs. I did not know what to do.

Then I took a razor blade from my friend and cut my arm. I’ve got these scars on my arm because I needed the drugs.

The brothel owner told me that they had spent a lot of money to buy me. So, they made me work to pay back the debt. They did not allow me to go back home. No matter how much money I earned for them, it was never enough.

For the period of 8 years when I was working in the brothels, I never received any money. None of the people around me felt pity for me.

I finally managed to get out of the brothel because one day, while I was standing with my colleagues, waiting for clients, the police conducted a raid on the brothel. All the others were able to escape and I was the only one left.

The police arrested me and referred me to Social Affairs.

If I return to my village, my difficulty is, I don’t know how I will face the situation. I really want to tell others about my story but I find it had to do so. I think the villagers will definitely discriminate against me.

They don’t know much about my story and they already discriminate me. What would happen if they knew the whole story? This is my main concern.