Foreign workers constitute more than 20 percent of the Malaysian workforce and typically migrate voluntarily—often illegally—to Malaysia from Bangladesh, India, Nepal, Burma, Indonesia, the Philippines, and other Southeast Asian countries, mostly in pursuit of better economic opportunities. Some of these migrants are subjected to forced labour or debt bondage by their employers, employment agents, or informal labour recruiters when they are unable to pay the fees for recruitment and associated travel. Malaysia is also a destination country for the trafficking of women and children for commercial sexual exploitation.

Janet sought work overseas after her brother became ill. Convinced by recruiters, she travelled to Malaysia where she was told she would work as a waitress. However upon arrival Janet was told she would be sold off to men. Subjected to physical abuse and injected with drugs to disorientate her Janet never received money to help her sick brother. Janet was finally able to escape one day after convincing a client to lend her his phone and call for help. 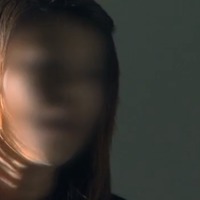 My mom didn’t work and my dad worked in the fields. When my brother became ill, times got tough and we lost our land. I thought of working overseas.

My cousin was told about someone who was sending girls abroad. The following day my cousin came back with two recruiters. The recruiters told me there were good jobs in Malaysia. They told me the pay was good, we would get to keep our tips and we would only work as waitresses.

It seemed like what they were saying was true. I became interested because the pay sounded good.

When we arrived at the destination the recruiter told me I would be sold off to men. Sometimes we were punched. We had some sadistic customers. If we didn’t provide a good service our boss would beat us up.

They would inject us so we’d be disorientated, so that we were numb to what the customers were doing to us… however many there were. The least number of customers I had in a day was four or five, while the most I had was eleven.

I couldn’t ask for help because we had been banned from having cellphones. I thought of escaping but I couldn’t because I was being guarded. I thought to myself how evil they were. They sold me over and over again and for what? I still didn’t have the means to help my sick brother back home.

I was scared that they would catch me and kill me, but I would’ve preferred that because even if they did kill me at least I tried to escape.

It’s a good thing there was a kind person who helped me in Malaysia.

Some people know about my story, little by little I tell them so they won’t be tricked - those who want to go overseas. It hurts when they avoid you because they know what happened to you.  The way they look at you makes you feel worthless.

One thing I’ve learned is that it’s not easy to work overseas. I didn’t properly check what I was getting myself into. Make sure all your documents are complete and not acquired in a quick manner. Go through the proper processes for going overseas.