Forced labour accounts for 98 percent of cases of modern slavery in Russia. Made up of both Russian and foreign workers, particularly from Tajikistan, Uzbekistan, Azerbaijan and Kyrgyzstan, these people are enslaved in the agricultural and construction sectors, in factories, private homes, forestry, automotive and fishing industries. Russia also stands as the second largest migrant receiving country in the world, these migrant workers often rely on underground networks and intermediaries, not knowing exactly what work they are committing to. Increased unemployment, poverty and demands for cheap labour among Russian citizens, along with the flow of cross-border migration has created new pockets of vulnerability and opportunities for labour exploitation in the country.

Wanting to live independently Oleg took a job he found in a newspaper. Oleg was taken from Moscow along with other men to an unknown location. Forced to live and work in unsanitary and dangerous conditions, the men were threatened with violence at any suggestion of resistance. With the help of one of the bus drivers, Oleg was eventually able to escape and make his way back to home. 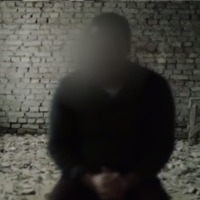 At the age of 18, I started working. At that time I wanted to live independently, to buy a car and earn money. I worked at a restaurant as a security guard. But of course, no matter how much money one has, it’s never enough. We want more, and more, and even more.

I found a job in the newspaper. The salary was from $1000 (USD) up to $2000 (USD) for plastering work. Transportation, accommodation, and meals were free of charge. There was also a group of workers who were also with me. The meeting was at the station. We were told, “Get yourself the tickets for a specific date”. We packed up and set out.

There was a man, the recruiter, he was traveling with us. My father kept saying that one should always check where one is going and under what terms.

So we arrived to the Kursk railway station in Moscow. We were sorted into the buses. There were about 3 buses.

The first thing we noticed when we arrived at the site was a fence about 4 meters with a barbed wire. We thought that it must be an important construction, if such security was required.

Our passports were taken from us. They explained that it was to avoid issues with the police.

Just a crumbling, run-down building, the windows were covered with buckram and there were those plated beds like in a prison, there was nowhere to wash or take a bath. The work was the complete opposite of the plastering work we were expecting. We had to stand on platforms, and demolish the building by hand with crowbars. After that we loaded trolleys with the bricks.

Moreover, we were working 5-6 meters high and there were no safety wires or anything else to protect us.

Once a guy was digging a ditch, and he got an electric shock. He was unconscious, his clothes were burnt, only the soles of his sneakers were left. We tried to unglue the burnt sole from his foot. He’d been shocked by 2000-3000 electricity volts. We asked to call an ambulance for him, but no one did anything.

Any violations of the rules, resistance or attempted escape was severely punished by the guards. This was to intimidate the other slaves. A group of three people did try to escape. They were beaten almost to the death, people were coughing up blood at night.

One man had his rib broken. The other two couldn’t get up for 10 days. We were told, “No one will know if some of you disappear. No one will ever know.”

The driver as it turned out, he was also from Ukraine. He passed us a note. It said, “If you want to escape from here, I can help you”. There was a time, date and place where he could meet us. We stole the passports when the guard’s backs were turned. I mean our own documents.

We had to jump over the fence at a specific place. We had platforms of the required height on hand in preparation, so we could do everything quickly. At about 1.30AM we started to move.  One by one, we slipped out and started to climb the fence. The driver was waiting about 100-150 meters away. We ran there quickly, then drove for about 5-7 kilometers, then he dropped us off.

He said, “I can’t go further with you.” Thank God a truck eventually stopped, we told the driver everything that had happened. We told him of our situation. And he helped us. He gave us a lift and we reached Moscow.