Rosa was a struggling young single mother when two people she had recently met showed up unannounced on her doorstep, forced their way into her apartment and turned her life in to a nightmare. They took her and forced her to engage in acts of prostitution while they held her young child hostage for payment. A few weeks into this horrible ordeal Rosa found the courage to break free and she managed to escape with her young child and find refuge at a local emergency shelter. 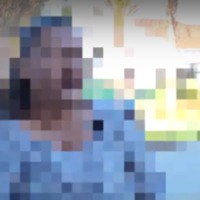 I was foster adopted, I was put into the foster care when I was 3 years old and I was adopted later on when I was around 10. So after high school I started going to college and I had my first child at that time. And everything was getting too emotional for me. With work and college and doing the single mom thing. So when my mum asked to take care of my child longer than anticipated, she insisted that she were to adopt him. Because she was helping me take care of him. And I wasn’t allowing that and I didn’t know what I could do. So my thoughts were I need a lawyer, and the fastest way to get a lawyer is with money, and the fastest way to get money was to prostitute. That’s the way I saw it and that’s the only way I knew it. I didn’t know about opportunities as far as resources from the city. I didn’t want to make it a 24/7 thing, I was going to school trying to do the right ring but my income was really low. And I still needed help getting extra stuff that I needed, and I couldn’t ask anybody for any help that I knew of in the city. The man, ‘cause there was a man and a woman, they tracked where I lived by pretending to set up a date. I was approached by, I was basically ambushed by them. They saw me from afar, they saw my routine, they saw I had a child, they saw that I had things going for myself and that I had my own place. They basically ponced like a lion would on its prey.

Most of my day would be pertaining to not having my son and working. Because you can’t have your kid while you’re working so they took him. First thing I would do is work and they would have him. I would come back to the house, freshen up, be with him for only a couple of hours and then go back out in the afternoon. And then I wouldn’t see him until night time. They used my son as bait. If I wanted him then I would have to do something for it. There was no getting around anything if I wasn’t at my apartment they would know because they would pop up. And he would have her randomly stop by or he would himself. I felt this thing inside of me that it was getting dangerous. There was something saying they’re gonna hurt you and they’re not going to care because you know what? As long as they get their money, that’s all that matters. They don’t care if I hurt you and you can’t take care of your son because you’re still injured. I felt it coming. He got aggressive with me and I felt soon he was gonna have her doing the same damage. So one day when I was, when I was on the track, I realised I’m done.

So that night I packed up. When they brought my baby back I started packing about 30/45 minutes later, I left my apartment and everything in it. And I didn’t go back. So I walked down my street away from my apartment and away from the area and I hid in the back of a parking lot. It was dark, there was trees and the business was closed. So and it was like a mile away from where I lives, around the corner of a busy street. So there was nobody looking for me there. And I told my neighbour where I was because her husband picked me up and brought me out to another shelter and I stayed there for the night. I told him I’m trying to escape, and I need to be in a safe place. That’s when he went over to his phone and called breaking the chains to let them know they have a lady here who has a child, who is escaping and who is scared to leave.

And so I’m glad when that phone call came and those words were coming out, I felt so much better. I just look at my son everyday and I’m glad that I did it, because he, he’s really happy. The majority of the day he’s really happy. And that’s something that wouldn’t have happened if I didn’t escape. Like if I didn’t choose to call people and let them know like this is what’s going on and I have to leave. Without that, this wouldn’t be happening. I don’t even know if I would have him or if I would be here for him. I feel better about my life because I’m going on a path that is, it’s more healing for me and it’s giving me more peace.

Courtesy of  Breaking the Chains