Afghanistan is a source, transit, and destination country for men, women, and children trafficked for the purposes of forced labour and commercial sexual exploitation. Afghan boys and girls are trafficked within the country for commercial sexual exploitation, forced marriage to settle debts or disputes, forced begging, as well as forced labour or debt bondage in brick kilns, carpet-making factories, and domestic service. Afghan children are also trafficked to Iran and Pakistan for forced labuor, particularly in Pakistan’s carpet factories, and forced marriage. Moreover, both government and non-state groups use children in combat, with the Taliban forcibly recruiting and using children as suicide bombers.

11 year old Yahya was living in poverty when he was sold by his parents to smugglers in Afghanistan. He was then handed over to the Taliban and was trained as a suicide bomber. However, rather than carry out what he had been trained for, Yahya surrendered himself to Afghan security forces. He is now in the care of the Afghan state. 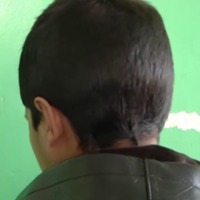 My mother and father sold me for 700,000 Afghanis, or 10,000 dollars, to smugglers who handed me over to the Taliban. They trained me as a suicide bomber.

How can I not be heartbroken? My parents sold me and wanted me to die. What did they gain from it? My hope is that one day, all the world will be happy with me.