Esther was 17 years old when she was forced to marry a boy against her will. She was subjected to emotional, physical and sexual abuse daily by her husband. After 9 years, Esther was finally able divorce her abusive husband, however was coerced into having her divorce arbitrated by a religious court that deemed she must raise her children in the same insular religion in which she was raised and married. Unchained provided Esther with an attorney who was able to win Esther full custody of her children and the rise to raise them as she chooses. 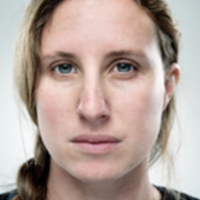 When people hear my story, they say they’re heartbroken. But I share it with you now in the hopes that maybe it will be able to help somebody, somewhere. I hope it will show you why you should end child marriage and protect girls age 17 and younger from what I went through.

I was barely 17 when I got married in New York. I came from a poor family, in an insular Hassidic community where everyone’s marriage is arranged at a young age. I didn’t have any other choices in life. Somebody suggested to my parents that I marry this boy, who comes from money, and I said, What the heck? It’s the thing to do.

However, upon meeting the boy, I knew he wasn’t for me. We got to meet for a half hour, and he sat there with his shirt buttoned up to his nose, and he kept burping. After a half hour my father came into the room and said, So, is this a mazel tov [congratulations]? I said I didn’t know. And then the boy’s father came in and said, Mazel tov!

I thought, I guess I’m engaged.

The next morning I knew I had made the biggest mistake of my life. I needed a way out. But I thought about the shame that would bring my parents, and I went along with it.

We were engaged for four months, and we were not allowed to see each other. As the engagement continued, I realized a lot of lies were being covered up. I was initially told he was 21, but I learned he was actually 23. I found out he smoked, when I didn’t want to marry a smoker. But what could I do?

I was so naïve at 17, I didn’t understand why my parents signed my marriage license application. I thought all parents signed for their children. I didn’t know I needed “parental consent” because I was not yet 18.

I was 17 and so innocent. My biggest sin was I wanted to wear nail polish. And now I’m married to him, and on our wedding night, after we did the deed, he looked at me said, If you think you’re my first, you’re not. I’ve been having sex with prostitutes.

I was shocked. I started to cry, and he yelled at me for crying, yelled that he had married a woman with mental issues. I quickly learned not to show real emotion.

He must have raped me a million times while we were married. But there were also gang rapes.

He told me he had fantasies of watching me have sex with other men, while he hid in a closet. I learned quickly that the only way I could protect myself, the only way to survive, was to behave in ways that made me very uncomfortable. He would threaten me that he was from a rich family, and he would take away our children and leave me without my children, without money or food.

I was a baby, but I was not allowed to use birth control, and soon I had a baby. I was 18. And then I was pregnant again, and he told me, You’re not skinny. You’re not wearing the tight black dress I want you to wear.

For my 21st birthday he took me to strip club. I had never been to a strip club before. And he chose a table at the far end and made me walk from one end of the room to the other, so he could watch other men ogle me. I remember I was wearing a light blue dress, part of a suit that came with a jacket on top, but I had to wear it without the jacket. It was my first time dressing in a way I knew to be immodest. I had no ability to be true to me.

Finally, after nine years, after the millionth time he raped me when he was drunk, I looked in the mirror and saw a reflection I didn’t recognize. I knew it was time to get out. It was on a Shabbos [Sabbath], and I took my kids and my paperwork, and I went to my mother’s house. My parents made me go back home, and I went back home, but I was done. I told my parents about the rapes, about the gang rapes, and everything that had taken place, and then they supported me. I crushed my parents that day.

Maybe if my parents couldn’t just sign for me, and they had to wait until I was 18, I would have gotten stronger and would have been able to stand up to them. My dependence on them at 17 was severe. I couldn’t stand up for myself and say, This is not what I want.

I now have a 17-year-old daughter, and I tell her that part of growing up is figuring out who you are. How can you figure out who you are before you’re even halfway there? Do most people know who they are at 17?

The more time a child has to grow and mature, it allows them more time to make lifelong decisions. Marriage is legally binding. You are now forever stuck to uphold that legally binding contract. Having to say yes to something so serious at such a young age is like signing a contract in a language you don’t understand.

Yes, a minority of 17-year-olds are strong-minded and are able to make good decisions, but most are not. Those who are mature and capable of making healthy decisions will be able to wait until 18, for the sake of the others who are less mature. Give children the chance to wait until 18, especially those who grew up in insular religious communities and have no Internet access or reading materials. They might say, Yes, this was my decision. But do they know there are other options?

Even today, years after I left, my entire life is based on my getting married at 17. Every aspect of my life, my children, my relationship, all my struggles, go back to my marriage at 17.

Now you have the power to prevent what happened to me from happening to another 17-year-old girl. I beg you, please. End child marriage!

Narrative provided by Unchained at Last