Kasuma and his family are trapped in bondage labour in a brick kiln. 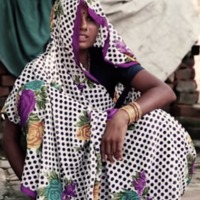 One of my sons is 14 years old, another is 9 and third one is 7. Children have to work at any cost, what would they eat if they don’t work? The water is so bad neither can we wash utensils nor the clothes. It’s stagnant, dirty water, good for nothing.

We wake up at 1 at night, start working and later we cook and eat. We rest for two hours and then start the work again. We prepare the clay for moulding and moulding bricks into the cases.