Mangadeen was trapped in bonded labour in a brick kiln. 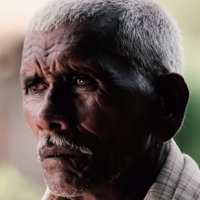 Brick moulders, loaders, brick fireman, brick pullers: none of us got any money for our work. They told us they will pay the money in the brick kiln. We went there and worked but they didn’t pay us money. I have three small children, one-year and four-year old girls, and a four-year old son. They all had to come with me. We reached such a helpless stage that we did not have even a penny with us. We kept moulding bricks and completed the work but we were not given any money. We did not have anything to eat there.