There are an estimated 133,000 people living in modern slavery in Ghana (GSI 2018). Ghana remains a source, transit, and destination country for men, women, and children subjected to forced labour and sex trafficking. Ghanaian boys and girls are subjected to forced labour within the country in fishing, domestic service, street hawking, begging, portering, artisanal gold mining, quarrying, herding, and agriculture, including cocoa. Research focused on the fishing industry on Lake Volta indicated that more than half of the children working on and around the lake were born in other communities and many of these children are subjected to forced labour; not allowed to attend school; given inadequate housing and clothing; and are controlled by fishermen through intimidation, violence, and limiting access to food. Boys as young as five years old are forced to work in hazardous conditions, including deep diving, and many suffer waterborne infections. A study of the prevalence of child trafficking in selected communities in the Volta and Central Regions indicated that children from nearly one-third of the 1,621 households surveyed had been subjected to trafficking, primarily in fishing and domestic servitude.

As the youngest child of an illiterate family, James Kofi Annan was sent away by his father to work in a fishing village nine hours away from his home in Winneba. He worked as a child fisherman in more than 20 villages between the ages of six and thirteen. He opened up a school where he lives now in Ghana and empowers children at risk through educational efforts. 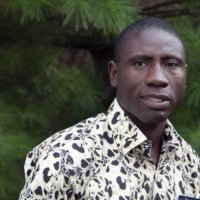 I started my working life early. My parents had 12 children, none of whom were educated. By the time I was six years old, I was the only person my father could control. All the others were older and most of them had already been given away to work. As the youngest, I was the only one still available. My father saw the opportunity and gave me away for fishing work. The way it works is that the person who takes charge of you now has control over you. I was first trafficked with five other children. Out of the six of us, three lived, and three did not. I saw many children die from either abuse or the rigorous work they were obliged to do.

There, I was forced to work excruciating hours catching fish on Lake Volta. On a daily basis, my day started at 3 a.m., and ended at 8 p.m. It was full of physically demanding work. I was usually fed once a day and would regularly contract painful diseases which were never treated as I was denied access to medical care. If I asked for even the smallest concession from my boss, I was beaten.  Despite all my hard work, I was often not allowed to sleep because I had to take care of all the other tasks, such as mending nets and cleaning fish.

Once in a while I would see my mother because she was always trying to get me back. But once I left the first fishing community where I worked, there wasn't a way for her to see me. I saw my father once in a while whenever he would collect money. But as far as my welfare goes, he didn't really bother. Even though he would visit, he would just come and talk to the people who were holding me.

The main reason I tried to escape was my passion to get educated. One day I heard someone speaking English and I knew it was something I wanted to learn. I tried to escape that same day. I had tried several times before, but I was always caught and beaten. It had been ten years suffering from this treatment, but there came a time when the person I was named after died.

It was decreed that all those who were named after this man must attend his funeral. There was no choice but for me to attend and I used that opportunity to escape. I ran away from my master, sneaked onto a bus, and headed home.  I was 13 years old when I went back home to my parents.

I enrolled myself in school. I was surprised to see that my mother was actually happy to see me, but my father, on the other hand, was so angry. It was hell. They ended up getting divorced over it. I just wanted to go to school, so I started to take care of myself from that stage on. When I started school, everyone laughed and mocked me, but there was a deep motivation inside of me to learn more.  I faced some challenges because I did not know how to write. I was hugely disadvantaged compared to my peers. Trying to put aside all the pain I had felt during those years, and catch up with school work while not having the basic needs made things extremely difficult. I didn't mind what they had to say about how I looked or how poor I was. I just concentrated on getting my education and learning to speak English no matter the cost.

I did extremely well in school. I was one of the few students who were chosen to attend college; I went to the University of Ghana. And then took a job as a banker at Barclay’s.