There are an estimated 1,386,000 people living in modern slavery in Nigeria (GSI 2018). Nigeria is a source, transit, and destination country for women and children subjected to forced labour and sex trafficking, and a source country for men subjected to forced labour. Nigerian women and girls are subjected to sex trafficking within Nigeria and throughout Europe, including in Italy, Spain, Austria, and Russia; an international organization estimated 80 percent of all female Nigerian migrants in Italy are or will become sex trafficking victims. In 2015, a foreign government reported that with the exception of internal trafficking within the EU, Nigerian nationals are the most common trafficking victims in the EU. One local press report noted that traffickers recruit women and girls from IDP camps in Northeast Nigeria for ostensibly legitimate jobs in Italy but exploit them in prostitution in Italy. While some sex trafficking victims arrive in Europe believing they will be working in prostitution, traffickers coerce them to stay in prostitution by changing the working conditions and increasing victims’ travel debts.

17-year-old Joy* was trafficked from Nigeria and forced into prostitution in Italy. She undertook a dangerous journey to get there in the belief that she was going to be working as a stylist. Upon arrival, she was told she had to become a prostitute in order to pay back her trafficker 20,000 euros for the fare. She was eventually helped by an organisation that helps victims of trafficking. 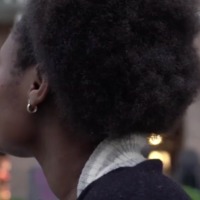 Sometimes you see 3 men, sometimes 4 in a day. I was so ashamed. She told me that I was going to help her as a stylist. She said that my life would be a better one if I get here. When I got here, she told me that I’m there to be a prostitute so that I can pay her the money that she used in bringing me to Italy.

I wish I knew. I would have stayed back in my country. I wouldn’t have risked my life through that journey for prostitution. I know we are poor, but not to the extent of standing on the road half naked. I was praying, “God just help me. This is not the life I want for myself.”

If I go back to Nigeria my “madam’s” people are there. They might find me. How am I going to pay her back her money?

Narrative and image provided by UNICEF.