Putri was trafficked from Indonesia to Hong Kong into domestic slavery. She tells of her experience in a training centre. 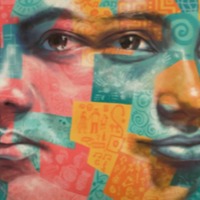 A broker told me there were plenty of opportunities in Hong Kong and that my time at the training centre would be brief. But I ended up staying there for seven months. We were not allowed to go out the entire time we were there unless we paid a cash deposit of 1,000,000 Indonesian rupiah (US$100) or provided a property certificate as collateral.

The teachers at the training centre were unprofessional. I now know that they could not speak fluent Cantonese. They also failed to teach us how to cook Chinese food properly. The conditions were terrible – the centre was overcrowded and we slept on mattresses on the floor. There were only six bathrooms for 200 people, so three to four of us would have to shower together. The staff abused us all the time, calling us names and telling us we were bad workers. I also had to work as a domestic for a family in Surabaya for four months. I was only paid 150,000 rupiah (US$15) per month, but domestics in Surabaya are usually paid 400,000 rupiah (US$40).

On top of the recruitment fees, I had to pay for other costs.

I was given a contract to sign after five months. It was in English which I didn’t understand. No one explained it to me. I was just told to “sign it”. The whole process took no more than five minutes. I was never given a copy.

Once I started work in Hong Kong, my wages were deducted for the first seven months. I had to pay HK$ 3,000 (US$390) each month. My employer paid this directly to the agency. That left me with only HK$580 (US$75) which isn’t very much to live on. I didn’t get a weekly rest day. Instead, I only had two days free per month. My employer confiscated my passport to stop me running away.

I am back in Indonesia now and don’t want to return to Hong Kong. I want to have children and start my own business so I can create job opportunities here for others.