Judith travelled from the Philippines to New York in 2005 to work as a domestic worker. Instead of the eight-hour working day she was promised, Judith was forced to work up to eighteen hours a day, seven days a week for little pay. Her passport was confiscated, and she was told not to tell anyone about her situation. She was finally able to escape in 2007 while the family was out of the house. 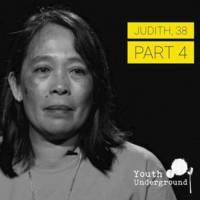 I arrived in New York on September 15, 2005, at age 38, clutching a personal statement I had written for myself. It read, ‘I am going to America for the future of my kids. I am going to give them a good future. This is my purpose.’ I never thought I would get to live in the United States. But my opportunity came when my sister moved to another country as a domestic worker and met a diplomat family that was moving to New York City. She told them about me, and they sent a contract to the Philippines for me to sign. I became one of the tens of thousands of Filipina women who go overseas each year as domestic workers. I would meet my employers for the first time in the U.S.

The contract said I would work eight-hour days, five days per week, and make $1,800 per month, caring for a teenager with special needs and doing some cooking and cleaning around the house. I would even get paid holidays and time off. But my sister, who had already worked for the same family, warned me that the contract was only for show—my real income would be $500 per month. However, that was still triple what my husband and I made combined. He was working as a driver for Johnson & Johnson, making 8,000 pesos (about $150) per month, while I made even less selling street snacks. We were feeling the strain of supporting four children, especially the hospital bills for my youngest, who suffers from seizures and often ends up in the hospital.

So, I asked my husband to quit his job to stay home with the kids, and I traveled to the U.S. on a G-5 diplomatic visa. I brought with me a clean cloth diaper for each of my kids, to remind me of them. My new employers picked me up at the airport and drove me to their home, in a building with a doorman on the Upper West Side of Manhattan. I later told the rest of my story in an affidavit to the Department of Homeland Security—after learning I had become a victim of human trafficking

In the beginning, things were okay. I had my own small room, though it was unfurnished aside from a bed. My employers would even take me out to dinner with them. But after three months, the wife started yelling at me all the time, for things like folding the laundry wrong. I couldn’t fully understand English, and said, ‘Sorry madam, I can’t understand.’ That only made her angrier.

I was soon working 14-to-18-hour days, seven days per week. I cleaned and vacuumed their three-bedroom, three-bathroom apartment, washed and ironed their clothes, cooked breakfast and dinner, and cared for their daughter. I had to do the laundry in the bathtub, because they said the washing machine would ruin their clothes. When the daughter had an accident in her bed, I had to wash the comforter in the middle of the night. When family friends stayed the night, I had to serve them and wash their clothes too.

The food was very limited, as I wrote in the affidavit. The family would portion out how much food I should cook. I was only allowed to eat the leftovers—if there were any—after dinner. If I took more food than was allowed, the wife would say, ‘That’s too much.’ I felt jittery all the time, knowing they were watching how much I ate. My typical meal consisted of a tall glass of water, a slice of bread, and half of a banana or plain rice late at night.

I was so isolated. My employers told me not to have friends, especially other Filipinos. They warned me not to tell anyone how much I was being paid. They would say that my sister could get in trouble, or that I could get deported. They would watch me if I talked to anyone else. It scared me. For two years, I hardly ever left home unaccompanied, except on very brief errands to the grocery store across the street.

I cried all the time. I would take my rosary beads out from underneath my pillow or take out my kids’ little cloth diapers and smell them to remember a familiar scent. That kept me going. Other times, I would re-read my statement of purpose, and remind myself that this was for the future of my kids. I had to be strong.

My employers were holding my passport... But after 17 months, they let me go home for my daughter’s graduation. They deducted the cost of the plane ticket from my pay. I desperately wanted to stay in the Philippines, but I came back because my family needed the money and I didn’t know what else to do. Thinking about it now, I know that my husband would have told me to stay, that the money wasn’t worth it. But I couldn’t tell my family how bad it was. I came back.

When I returned, my employers took my passport again, and promised to renew my visa. One day when I was cleaning, I had a feeling, a premonition. I decided to open the last metal drawer of the family’s private dresser. Carefully, with an apron over my fingers, I pulled it open. And there it was: my passport. Right next to several hundred dollars. I started shaking when I saw it, because my boss had told me it was still in the office getting processed. They lied to me. I felt my heart racing from anger and disbelief. I put my passport back and started to plan my escape.

Even though the family watched my interactions, I still managed to make some friends, like the doorman and a Filipina house cleaner next door. Those small interactions were so important to me, because they helped relieve my isolation and loneliness. They also showed me that things inside the apartment were not normal. One friend was a Filipina woman I met at the grocery store across the street. After a while, I told her about my situation. She started leaving food for me with the doorman and gave me her old cellphone. She pushed me to leave. She said that I needed to earn more, that my family needed more. I knew she was right.

She introduced me to a Filipino lawyer in Queens, who wrote down my entire story and pointed out all the labor and human-rights violations. Together, the three of us devised a plan for my escape, and how to alert the authorities about what was happening.

The next morning, I told my employers I was going to visit Niagara Falls for the weekend with my friend who I had met at the store. It was summertime, and the daughter was out of school, so they gave me my passport back and let me go. I even gave my boss my friend’s phone number, as cover. That evening, I went to my friend’s house and picked up a package of documents from the lawyer: several copies of my contract, my story to send to officials, and a letter to my employers. At night, I prayed for a long time. I asked God for strength and read my handwritten statement one last time.

I escaped the next day: July 26, 2007. I woke up early because I was anxious and could feel my stomach churning. I knew I had a short window of time, because the wife and daughter would return home at 4 p.m. I cleaned everything in the house by 1 p.m., then walked out and left my key in the door. I immediately called my friend on the cellphone and yelled, “I’m free!” I couldn’t believe it. We ate at a Chinese restaurant that afternoon—my first full meal in months. Another friend picked me up that night

For five years afterward, I kept silent about what happened, and avoided going out in public. My visa was expired, so I was undocumented—'in hiding.’ I lived in Queens and worked as a nanny and house cleaner. I was always scared around police, and constantly felt ashamed. In the Philippines, I was independent and knew everyone in my neighborhood. In the U.S., I had become isolated—a shadow of myself.

Eventually, through Damayan, a grassroots organization advocating for and led by Filipina domestic workers, I was able to get a T visa, which is a humanitarian visa for survivors of human trafficking. After I became a leader with Damayan and a board member, I was able to help other trafficking survivors and refer them to Damayan for free legal services. Four of my friends have already received their T visas through Damayan and their partner agency. Then, two years later, in 2015, my four children reunited with me in the U.S. Despite this, every day, I still feel the distance that had developed between us, as a result of nearly a decade of separation. As for the employers, because of diplomatic immunity, they left the country and were never prosecuted. I never got the money or the justice that was owed to me.

There is trafficking happening all around. Many workers from overseas have little information about the situations they are getting into. They might receive a pamphlet but not understand it. Or, the employer will hide it. They need to know contact information, and where they can get help if their employer takes their passport, withholds their pay, or if something else happens. I didn’t understand that my situation could be considered trafficking. I thought I had to follow what the employers said, no matter what, because they were my bosses. If I had understood my rights, and the law, maybe things would have been different.